The badminton shuttlecock has a lower ballistic coefficient, a measure of ability to overcome air resistance, and greater deceleration during flight than any other airborne sporting implement (Nakagawa, Hasegawa, Murakami, & Obayashi, 2012). Indeed, initial shuttlecock velocities of 67 m·s-1 have been reported to decelerate in 0.6 s to close to the terminal velocity of approximately 7 m·s-1 (Chen, Pan, & Chen, 2009; Hubbard & Cooke, 1997). These rapid decelerations and marker movement due to the spin or flip of the shuttlecock, as well as tracking errors, present researchers with difficulties when seeking to accurately determine post-impact shuttlecock velocity via differentiation (Texier, Cohen, Quéré, & Claneta, 2012). One study modelling the vertical fall of a shuttlecock found the best model to be one which assumed a resistive force that was quadratic in its relationship with the instantaneous shuttlecock velocity (Peastrel, Lynch, & Armenti, 1980). This caused Chen et al. (2009) to suggest that an equation of shuttlecock motion could be constructed via determination of its terminal velocity. They utilized such an equation to successfully predict the trajectory of a shuttlecock, demonstrating that drag force is proportional to the square of shuttlecock velocity. Similarly, aerodynamic forces calculated experimentally have been used in simulations to predict shuttlecock trajectories, producing mean and maximum errors of 2.5 and 9.1% in vertical distance travelled (Chan & Rossmann, 2012). However, predicting shuttlecock trajectory is less important in many experimental research designs than the accurate calculation of instantaneous velocity from data already collected, without the need for further measures as inputs to a model. Many researchers are also interested in joint kinematics at key sporting instances, such as racquet-shuttlecock impact (Huang, Huang, Chang, & Tsai, 2002; Miller, Felton, McErlain-Naylor, Towler, & King, 2015; Rambely, Osman, Usman, & Abas, 2005). The jump smash is the technique that generates the greatest shuttlecock velocities (Tsai, Huang, & Jih, 1995) and thus the purpose of this study was to develop a method for accurate determination of post-impact instantaneous shuttlecock velocity as well as the identification of racquet-shuttlecock contact timing for the badminton jump smash. 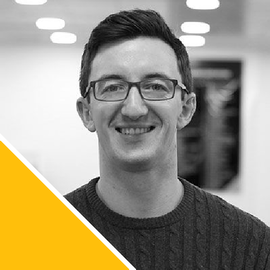